I have several friends who suffer from chronic pain.  Some have a mildly annoying dull ache that never goes away and some are almost immobilized by debilitating pain.  My dog recently became a victim of that chronic pain but, unlike my friends, she had no voice to tell me how uncomfortable she had been until it was alarmingly noticeable.

If you read my most recent blog post, you’ll know that I took Callaway in to the vet on Tuesday and the vet prescribed an anti-inflammatory with a mild pain-killer.  After one dose and about six hours, she was a brand new dog.  She regained some of her youthfulness and we seemed to move the clock back by four years.

I immediately became jealous of my dog’s new vitality and joie de vivre.  I told the vet I would call the day after her appointment to report how she was doing on the medication and my first sentence began with “I don’t know what is in that Meloxicam, but I want some”. 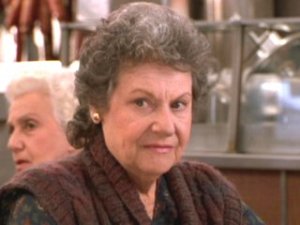 But as much as I feel the oncoming burdens of aging, I consider myself very lucky that I have not fallen victim to the same incessant pain that my friends must bear.  It seems so unfair that the people who are able to voice their symptoms still suffer the same torment from their chronic pain, try prescription after prescription, and feel no relief at all.

I can only hope that each of you will eventually find your Meloxicam and enjoy the freedom of movement that so many of us take for granted each day.