I was recently rummaging through my writing desk when I came across a letter I had long since forgotten.  It is not the typical style of prose I would choose to hang on to but it is a glaring reminder of how therapeutic it can be to exorcise a toxic friend from your life.

Toxic friendships start so innocently.  The relationship begins to build on a foundation of trust and common interests, a bond is evident and the rules of the alliance seem to be clearly outlined and understood by both parties.  Each participant silently vows to put the other’s well-being ahead of the general population and to always have the other friend’s back.

But, somewhere during one particular friendship of mine, the rules changed.  My toxic friend began to show the obvious characteristics of being narcissistic and she no longer had a genuine investment in my feelings.  She began to pollute my reality with her selfishness and her uncanny ability to focus solely on herself.  Although the previous vows of our friendship still may have percolated in the back of her mind, she forged ahead only looking out for herself, completely negating any regard for my feelings.

Unfortunately, I have fallen victim to more than my fair share of toxic friends.  I have created excuses for their behavior, forgiven them on many occasions for the negative effect they have had on my life, and the lives of others, and defended their antics ad nauseam.  For the duration of those relationships my toxic friends broke all the fundamental and universal laws of friendship and yet I found it difficult to break the bond of our kinship.

I keep this letter, still, as a reminder of the journey I took to find my worth.  This one solid shred of evidence is proof of the strength I possessed to finally walk away from a toxic friendship and put myself first.  It is a letter, penned by a third-party, written to attack my character and accuse me of misrepresenting myself as a friend.  Although this letter initially angered me because the author was completely ignorant regarding my history with this certain friend, I now look at the words and smile. 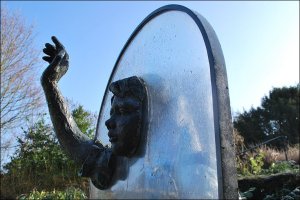 I made a monumental decision that day and one I will never regret making.  I finally gave myself permission to define how I let people treat me.  My friendships now are nurturing and reciprocal and the friends I have in my life treat me with the same respect I show them.  It was a bumpy road for a while but knowing when to let go was a lesson I learned the hard way.  I may have a few cuts and bruises from having walked into a new freedom but I shall wear those scars with pride.